The poisonous shot on the plate 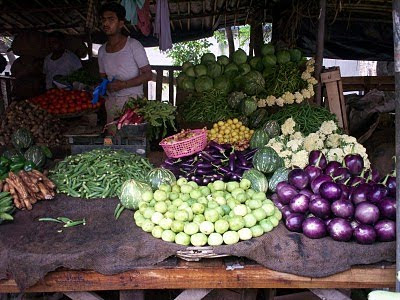 The indiscriminate use of growth hastening hormones, the dyes used to color vegetables and fruits to fool us with its fresh look, are open secret to all of us. The audacity of the ominous actions need urgent attention of ours. As we are the affected community at the same time it is our own preoccupied demeanor which bring these repentant acts at this level of audacity.
Fruits and vegetables are known to protect us from diseases by enhancing our immunity. But when the so called necessities would start creating havoc on our health then God knows where to look for refuge. And these poisonous shots make their way to our plate first then to the body system on daily basis.
No doubt a big chunk of our hard earned money goes to paying medicines and our time visiting health centers. We usually give more attention looking for best health policies and health center s rather than nipping the problem at the bed.
The indiscriminate use of hormones auxin (a growth hormone of plants) and oxytocin (a mammalian hormone) to hasten the growth of vegetables like pumpkin, cucumbers, bananas (in the inflorescent stage) are rampantly taken by the farmers these days. The good traces of these hormones remains as a residue with enough damaging effect that creates havoc to the human health.
To restore the freshness the vegetables and fruits are being dyed. The dyes are carcinogenic in nature which create blindness, affect nervous system and create serious immunological disturbances. Another long sustained menace is the ripening chemical that’s carbide which has been used persistently.
At least to put tab on these life threatening acts measures should be taken-
-By cutting down on the consumption (switching to other substitute to make up for the nutrition). Lowering the buy of the hormonal treated produce will curtail their profit which can act as speed breaker to their greed induced profit.
- A suitable government organization or NGO should come forth to put onus on the retailer. Before buying the produce it should be made mandatory to go through the quality check (though it seems next to impossible to get heeded by all slumbered food and quality control authorities).
-There must be a viable policy in action to measure and check on the farmers for the use of pesticides and hormones.
This article is not about intimating the society about the basics of effects and after effect of excessive use of hormones, carcinogenic dyes, pesticides and chemicals in general on our body system and environment. It is known fact to all of us that writing these stuffs act as only reminder to all intelligent readers of ours. More alarming I feel how long we won’t show and ask for necessary actions by the people concerned. Why don’t we look for the desired action right after paying our taxes to government?
Posted by Arpana at 6:17 PM