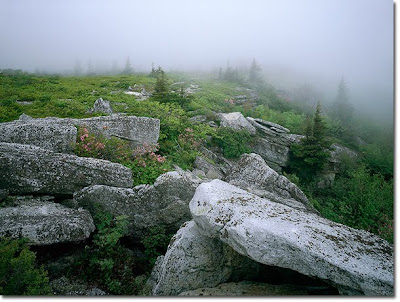 Walking behind the herd of goats Topno stopped near the red tower alighted on the rugged earth few years back. In the last two years many pyramid shaped red block towers had been erected imperiously on village hillocks over the bay of Sapura.

At the foot of the hill he walked over the remnant of the bridge that never got built. The concrete stump was hidden under the over grown grass and mosses. The flashes of memories dismayed him further.

The sequel of disturbances created by the Maoist had sucked the development works of the bridge. And then under the threat fearing for their lives engineers and construction workers left the site. The construction work of the bridge once had been a regular means of hearth and home for villagers like him. Now the thoughts of paucity stricken summer on Mahua blossoms marooned his face.

Since morning the urgency bent urbane crowd was pushing to the otherwise desolate Sapura. Last evening the abduction of big official had suddenly awakened the geography of his oblivion village. For naive villagers the fleet of officials’ vehicles and lens lashed journalists stranded in his remote village were both startling and amazing.

His remote village of thousand square areas was pulsating to the life with urgency stricken crowd. The non access of basic amenities over there had been proving ordeals for official visitors and TV journalists. Thus the ongoing debate of the no man’s land was the no accessibility of Mobile network, potable water and electricity. But for him and other village folks it was the way of life.

A decade back a dam had been built on river Mogini that had added another figment to their woes. First the government took the land of villagers and tribal. Under the forced eviction many dispersed in the adjoining areas and got scattered across hills and forests in cut off areas.

A private company was roped in to build a dam over there.The built electricity was being sold by the state government to neighboring state. The darkness seemed allure to the Maoists and best refuge to their activities.

Under the dark cover the business of abduction by the Maoists warmed the tribal areas, sending the already poverty ridden village to another shock. And now the government every move of development –pension schemes for senior citizens and social benefits were drawing wrath of Maoists.

The industrialization- initiated to develop the zone-by the government had added further figment of hardships to their lives-one more twist of fiction. Now the government had been grabbing the land at throw-away prices, pushing scores of them in abject poverty–and then an another forced displacement was waiting for him. Till then he had forgotten the real counts how many times since his birth he had moved the places-the despairing thought bored more emptiness in his caved eyes and wrung his already tired muscles.

For Topno it was another death to cross the stationed paramilitary troops on the border of the village. And those days the dilapidated police post had also came alive with armed battalion positioned there. The surging Maoist activity and stationed troupes at his otherwise sleepy village had forecasted the empty stomach in summer night at the home or coating the tar at the sweltering summer on the road of cosmopolitan. He was born to choose between two.
Posted by Arpana at 9:38 PM