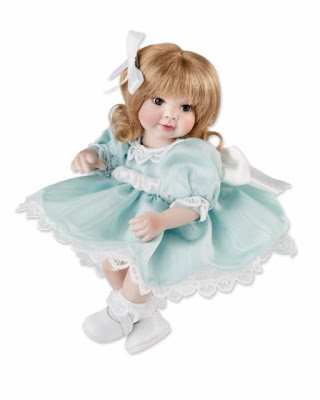 On the desk I felt a pull to ring her. “Hello- what are you doing? In the traffic! What a snarl all along you!”
“Hello- yes I am in traffic, going to have some outdoor snapshots.”
“Hello-Drive safely and be back in time.”

At 5-00 p.m. the setting dusk that day was rather warmer than previous day. Stacking the files in the studies I felt again the same hold. She didn’t ring me back till now.
I dialed her again. “Hello- Where are you?”
“ Hello- Mom do you want some bags or souvenirs. I am here in a fair.”
“No- don't really need anything but how long it will take, be back soon. Your work is really arduous.”

At 6-30 bustling between the kitchen and in the studies I mumbled-" she must return now. She is workaholic like her father. " Now the thoughts kept wandering at intermittent interval. At every five minutes my gaze would glue on clock. The cellphone flashed and I picked up before it rang .

“Mom I am heading back. Don’t get hyper, it is weekend, I will manage my studies. I will be back in half an hour.” She hanged up.

In fifteen minutes the dinner will be ready I thought. Regaining the self I felt now I will be able to deliver some job getting back on the work. A guilt surged inside me, on my stupid behavior. Am I not getting paranoid like helicopter parent, keeping tab on every move of the child?

On the screen her childhood snap flashed that slid me decades down in the memory lane. Under the spell of northern chill for winter sun I would stay with her on the terrace. The babbling hollers of hers in the cradle had soon attracted attention of neighboring terrace belonged to a family friend. The advancing chill added more charm to it sapping the last trace of melancholy out of the air.

After her growing allure even her gleaming emergence from bath tub would bring more applauds and cheers from folks of neighboring terrace than me. Her one distressed bawl would get prompter attention reminding me of her meal time. The fleeting glances and chuckles were exchanged with such regularities between two patios that I had to dress her on the demand of her neighboring aficionados.

Then a time came when I had to bow on her growing fame. Her reveled circle of buffs now placed demand that they would keep her at their home for some hours. And the floated bid came into quick action as the entire horde was near me with a grown up carter (maid) to take her.

Within minutes the entire gang vanished from the place with their celebrity leaving me all alone. I glanced on the empty cradle, her stuffs, and then a void I felt. I tried to sniff back her sweet smell but--.
Minutes had passed I glanced on neighboring patio to get her glimpse. No one was there. I stepped down the stair to catch her glimpse hearing the revelry of her group. She was not visible there either. The void took the form of desperation.

Down stairs in the room I peeped out through the window parallel to neighbor's house but in vain. Now my desperation in full galore invited comments from the family members. “Look she is the only make in that particular model and a coveted possession which got on the fancy of others. Now it is difficult to get back the original model. But wait patiently the neighbor would certainly arrange a suitable replacement.” Under the seizing desperation the joke failed to trickle me.

Till then tired I had been feeling sleepy I watched the clock. Twenty minutes had passed. I conjured the velvety touch and sheen of her skin trying to capture her whole in my imagination. I sat on the bed. A chill quivered me. Amazed I looked on my suitable woolen outfits. Forty minutes had passed and after that more than an hour, I felt my throat parched. Sitting vainly I had been staring the indoors as a stranger in my own bed room. The moment went on--.

The clank of metallic gate stirred my attention then the bustling footsteps and reveled chuckles became rapid. She was back from her expedition. I glanced to her half closed eyes , in a new fancy attire and brand new hair style like a doll she passed in my arm.

She squirmed in my warmth. My eyes got glued to her dry lips bringing close I covered her in my woolen shawl, feeling her throbbing tiny beat and then it was time for her feed. Slowly slipping on her the inner wears and woolen I put her to sleep. She was contently sleeping in my arm. Placing her on the bed I maneuvered the next move to be accomplished.
Posted by Arpana at 7:28 PM