62yrs of Indian Republic-Achievements and Expectations 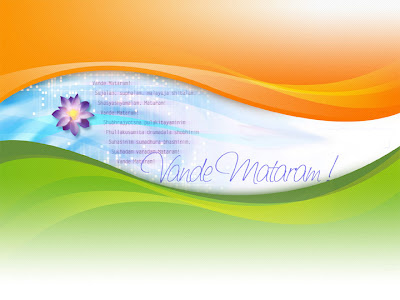 The Indian democracy matured 62 years. For more than six decades being a democratic republic, we have been guided by the principles of justice, liberty, equality and fraternity.

Now a retrospection on the six decades of the 62-turned republic as it is time to ponder how truly the denizens realized the promises of constitution.

The formation of republic on 26 Jan 1950 was the first landmark to realize the dreams of citizens in the aftermath of independence. Certainly at several fronts we progressed and new dimensions were added in the life of common people.

Like Right to Education act came into being which facilitated access to education of all children of the country belonging to age group five to fourteen.

NREGA is another facility which penetrated at the grass root level and at the remotest of the country. Besides providing the employment it helps to some extent in mitigating the migration of rural folks.

The 2005 Right to Information act has given to the citizens to seek accountability in governance.
Constitution guaranteed individual freedom and dignity under the fundamental right. It gives character to the country and the rights to the people.

The power to franchise has given to the citizens the right to determine their political choices. Following the constitutional amendments in 1992, India has introduced democracy at grass root level. Today 3.2 million representatives who have been elected are from villages, town and cities. About 1.2 million of these representatives are women.
As per constitution of India, the Panchayat-the local self government at the village level mandated one third participation of women.

The judicial system of India as courts at all levels , special and fast track courts hear petitioners and dispense judgments.

Human rights are protected by the National Human Right Commission.

The first electronic ID cards were rolled out by the Unique Identification Authority. Its smart application can offer a number of social services and it is expected to be a game changer in India.

India is the largest and one of the most stable democracies in the world. India is the world’s fourth largest economy and the second fastest growing among the major economies and now a rightful contender for getting a permanent seat in UN Security Council.

62nd milestone of Indian republic marked with many successes that have been achieved in different fields. But there are many issues still awaiting urgent attention and better handling. As some of the issues are throwing up challenges and yet need a better monitoring and response mechanisms to address the inadequacies.

Especially transparency (in dealing with public funds and rules), accountability (in duties) and implementation (of desired actions) are the fields that need improvement.

But the active participation and awareness of citizens and media in government agenda are bringing effective, sustainable and humane results in work culture.

India has always had a vision and message for the world and it will continue to create a better world free of terror, poverty diseases, ignorance and inequality.
Posted by Arpana at 10:18 PM