Let's have the vedic way 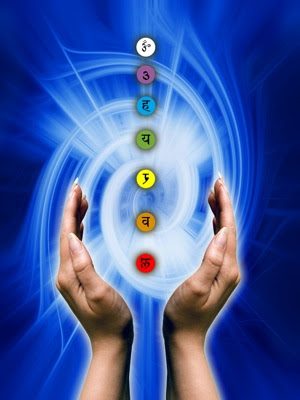 A health article of a leading Daily reported a recent study in which the link between pelvic pain and migraines had been stated.

Studies by the researchers, led by the U S government’s National Institute of Health, concluded that the 67 percent of chronic pelvic pain sufferers had migraines and another eight percent had headaches that were possibly migraines.

Pelvic pain is characterized by the discomfort in region between hips below the belly button for six months or more. The causes for pelvic pain and migraine are yet to be discovered.

The so called revelation of the prestigious daily had enough takers and the facts were easily acceptable. Here I would like to ask, “really that revelation was unknown to Indian soil? or we had blindly been chosen to ignore it.”

It is already stated by our traditional means of treatments like Yoga and Ayurveda but habitually most of us get whiff of superstition in it as it lacks scientific tests.

“Then why do we accept some other facts despite their failure to get proved by science?” Like emotions - we accept it but it cannot be measured and proved in the science lab.

The consequences of emotions are also acceptable to us as in a day we witness the surge and decline of fight and flight hormones. It speeds the heart beats during emergency situation and dilate and constrict the pupils when we come inside a comparatively dark room from sunlight and vice versa.

-Migraine is psychosomatic ailment. In which person feels throbbing pain in one half of the brain (hemisphere).

-Some sufferers may experience nausea and sensitivity to light.

-In any case when one part of brain over works and comes under stress the coordination between two hemispheres get disrupted causing the headache.

-It usually gets triggered during the emotional stress or excessive work load, some other factors too tend to flare it.

Facts of Yoga and Ayurveda
-According to Yoga and Ayurveda the human body consists of 360 chakras out of which seven are primary chakras. Each chakra represents different attributes of emotional and physical aspects of the body.

-There are different body organs and glands that too share the position of different chakras.

(According to yoga chakras are the hypothetical points on the spinal cord also known as the energy centers of body through which body receive life force energy).

-The Hara chakra is positioned at pelvic region. It is also known as emotional chakra. The organs of Hara chakra are gonads (ovary and testis), kidney, bladder and uterus.

It is a well accepted fact that emotional stress causes the fibroid and other ovary related ailment in females. Even in males the secretion of excess hormone testosterones brings anger which is an outcome of emotional crisis

This certainly gives us reason to ponder and get into patient retrospect in the wisdom of yoga and Ayurveda. It has remedy to work on both gross (physical) and subtle (mental) levels and bring out the best.

Therefore some discerning brains must spare some time and energy on it. It is time worth spending to search the ethnic treasures. After all how long to accept the facts we will look to distant shores.
Posted by Arpana at 10:08 PM