The Alliance of Souls 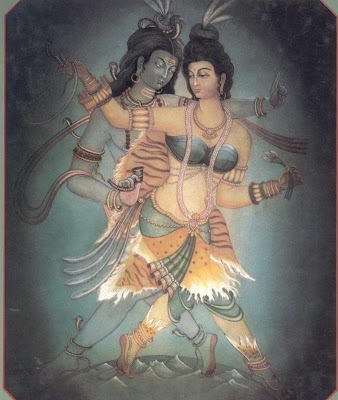 Our mutual glances, be they sweet
Our faces may they show our concord
Take me within thy heart and let
One spirit- dwells in both of us.
—Atharva Veda

Marriage is a duty performed in mutual cooperation for spiritual advancement.
—Srimad Bhagavatam

Marriage is  pivot of life.It ensures lifelong companionship to gregarious human beings as well as mental and emotional support in every phase of life.

The vows taken by the individuals during marriage are-
“To have and to hold from this day forward, for better, for worse, for richer, for poorer, in sickness and in health, to love and to cherish, till death do us apart.”
—Book of Common Prayer.

It is a reunion meant to support two individuals throughout of their lives. It is a wisdom oriented device of nature to sustain the species on the planet. For that it equipped the spouses with hormones induced attraction.

But more often the purpose of the institution seems to fail. What does the rising graph of matrimonial discord point? On the broad level the cited reason is incompatibility. Even in the cases where the vows were taken after the courtship of enough time. And it had cleared the all compatibility test of love and attunement earlier.

Still it fails to evolve with time and stagnancy crept inside the alliance.Eventually it chokes and lastly saps the vitality out of the relationship.

In the universe everything first works on the mental and energy level then the gross form shapes.Every acclaimed action of the universe manifests first in thoughts then it breathes to life. MARRIEGE MUST BE ALLOWED TO GROW WITH TIME AS THE STAGNANCY SAPS VITALITY OUT OF IT.

When the person never gives a thought to grow beyond the triviality of lower level of energy and thoughts and they only hanker after gross things,a time comes when the full grown effect of uncontrolled desires engulf the life.
How does it affect the couple on the physical level?
Let have a glance to Vedic wisdom or our ancient Aurveda healing system describes the body.
Root Chakra-the Mooladhar Chakra- the physical chakra which imparts strength and sustenance when healed. Situated at the base of the spine it is the seat of the desires. When unhealed it shows the unsatiating craving for worldly possessions and wealth.

Hara Chakra-the Swadisthan Chakra –or the emotional chakra- when union of the two individual occurs at the level of this chakra empathy gets created between the two. It is often taken as bonding and love.

Solar plexus- the chakra of power and wisdom- in healed condition the person exhibit strong will power.

The union between partners of strong will power shows a selfless attitude in relationships. And the marriage would be based on strong will of selfless love.

The heart chakra- also known as chakra of love- a chakra when healed it opens entrance of gratitude. The heart chakra gets healed only when both upper and lower chakra are balanced and healed.

Gratitude opens opulence in the life- when the individual leaves ‘ego’. The ego binds the person with false perception and it checks growth and love in life.

In marriage when the partners starts the life without any expectation. They respect and give space to each other and do not force another to conform. The union blossoms in selfless love. This kind of couple show undying love for one another. They turn into the picture of Ardhnareswer . The lives of such couples are so much tuned- thus in their life success, growth and prosperity make permanent realization.

Throat chakra- controls metabolism in body when the chakra is healed – it imparts truthfulness, strength and good values and better physical capacity which is counted as good working capability.

Do not look up above in the sky and ask persistently to God for the heaven- create it here on the earth. Life is the canvas of our lives provided by the almighty where we have to paint our hell or heaven.
Posted by Arpana at 10:54 PM