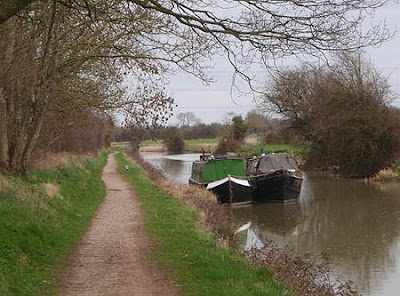 When the train halted the windy chill of winter greeted Raghu at the exit. The loving smile of grand ma flashed in his mind and along with grand pa he alighted out of the train. The oblivion open platform with rustic masses and chorus of tea vendors all delighted him as after the exam he was there for winter vacation.
Waiting for bus alongside the dusty road he watched the sea of yellow mustard crop swaying in chilly wind. Wrapping the muffler around his neck Grand pa instructed Raghu to put on his cap and zip the jacket. After some wait a roaring of locomotive heard and a brightly painted bus stumbled down the bumpy path, the dust spraying wheels halted near them.
Loaded with passengers the snarling bus made its way to cascading path. On the narrow road the bus was passing through the pastoral frames of palm trees, grasslands and sea of green crops. After a short run the bus crossed the newly constructed bridge and took the way along the canal. The evening river breeze gushed in through the window and the smell of earthen air filled the nostril. The running bus had been spinning and dwarfing the trees and palms along the bank. The grey patches of grass and weeds along the canal bank seemed to him like hen with her chickens. He glanced at grand pa he had been leaning on the seat’s back with closed eyes.
Crossing the dusty road along the orchard he remembered the tangy taste of raw mango of summer. He silently recounted the smell and taste of tangy mangoes of orchard but now he had to be content with visual delight of green sea of crops.
In the fainting intensity of rays the logs and heaps of coals were burning in front of most of the hutments. Through the willowing smoke of burning coal he sighted the bamboo groves on opposite side of kaka’s house, a lean fellow of small stature kaka was an earnest helping hand of grand pa. Apart from managing the field duties he used to take care of live stocks at grand pa’s place.
The soft amiable attitude and the magic of his hilarious humor had created a special bond with many of the children of the house.
His reverie took him to the last summer’s bustling recreation of swings on the bamboo groove. The rioting chorus of the children of kaka's place had got its delighted surge when with his cousin Raghav,he had come over there. To give them a pleasant surprise the elated kaka had frantically tied a cot as swing on the enormously high branches of bamboo tree and the hulla balloo of enchantment with other children had been lasted till dusk.
He remembered his last winter stay at grand pa place. When in the evaporating foggy morning being under the quilt he had heard the annoyance of kaka outside. In the chilled early hours kaka had been complaining about his delayed breakfast. As the delayed breakfast would hamper numerous answerable chores of grand pa and he would have to listen the reprimand from him. Raghu was amazed how his otherwise quick tempered aunt peevishly endured all his grunts. However he was inquisitively amused after all in teeth cluttering chill of morning hours where kaka had to go with such urgency.
Unable to resist any more he had been out of the cozy charpoy and rubbing his eyes still under drowsiness he had somehow straightened himself in front annoyed disposition of kaka. But his sight instantly delighted him, “ oh child in such a cold weather why did you come out of the bed so early, he admonish him softly holding his palm to save the fast evaporating warmness and hid him fondly in his thick cotton chadder . “But where are you going so early in the morning, kaka”, he shot his curiosity. Forgetting all about his delay he started with puffed heart- “oh I too have to go office like your father, it is really urgent”. “What do you do over there kaka?” – It was the next inquisitiveness, without halting at his glitch, confidently he added, “oh lots of jobs have to complete me over there. I have to do likhai – padhai(read and write). I do sit on the table and write on the chair.” And the odd description of his weird yet interesting work place put the Raghu in hilarious laughter. While he had been pouring out myriad queries regarding all interesting and weird office of his; Raghu had been seriously contemplating a must have visit of so interesting yet uncanny place. He felt a magical appeal about the kaka’s office.
The running bus came to the screech; he viewed the hutments at far. The settling winter fogs were blurring the hutments behind. He remembered his excursion of bullock cart and the delight of few hours stay in the thatched house of the grandparent’s employees. And how accidently that day he had explored the mystic office of kaka - a brick kiln of grand pa but he would not disclose it to him. Perhaps kaka would not feel better or it would steal him a good hilarious story session of kaka.
He already grown an year older and besides achieving second rank in the class he got selected in the football team of his school. He had to share many things with granny and kaka and that time he would evade the visit of brick kiln site although he had enjoyed every moment of watching the methodical process of kiln casting for hours.
Posted by Arpana at 5:44 PM