The home coming of Ma 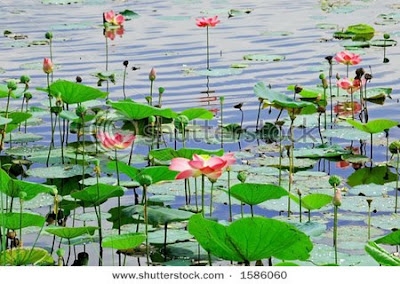 Every year the usual provoked signal of Ma leaving her heavenly abode comes to us so naturally.This year too I got the same during the familiar day break of the autumn. Though inside the closed compartment of train all the familiarity came suddenly alive in the consciousness, refreshing me head to toes. I sensed the nearing of Dussehra. I got the hunch of Ma homecoming.
The surging cool of morning hours was notorious to slide even the chronic insomniac to deep slumber. At the time when a soft coolness touched me, I took it as a time of day break. In still dark compartment I had been refreshingly awaken.Without apparent reason sleep vanished , I got the urge to find the time. Till then the dawn had not been completely settled so there was enough darkness inside the Bogey. Most of the travellers were in the deep morning slumber. With banished sleep I sat on the berth, pulling the curtain I peeped outside to chalk the time. Even the sight of the swaying of inanimate objects outside in the rattling vibration of train at the break of dawn had been giving the feel of gushing cool breeze.
By the time the train was also slowing down probably due to non clearance of signal. I sat cross legged on my berth to view outdoor through the window. The snailing waterlogged field along the track captured my imagination. Slowly the train came at complete halt along a water puddle track. Perpetual by nature the water logging had acquired the characteristic of a pool. The fully blossomed pink lotuses were affirming that claim.
Till then, though the dawn had been completely settled in yet there were enough crimson smeared in the horizon amidst the puffy strewn clouds. In between through the twilight I got flash of Ma in red bordered saree. The nostrils got the accustomed fragrance of burning dhup and dhuni from no where. The vibrations of the harmonious beat of dhakies, the soft fragrance and cracking crispness of new cloths all flashed through the consciousness in one go. A jingle of bliss surged through me, instantaneously the lips picked up vibrations of the Ma stuti.
Posted by Arpana at 4:11 PM