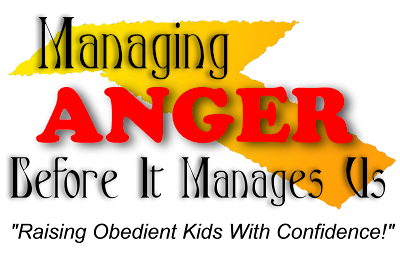 The antagonism is here in the life, as the family members are not listening. The child is not complying. The neighbors and acquaintances are difficult people and weird in behaviors. Expectations are failing. On the whole the world and people seemed so odd to live and communicate.
And anger is cropping up in whatever we do, as it simply rules the day.
It happening with every one of us, on a small and big level, and now it becomes a reality of life.
What stage up this show of anger?
-Fatigue self.
-When any issue, circumstances disliked most by us.
-We lack the desired strength and vision to solve the situation calmly.
-When we surrender to reaction out of imposed threat.(TO REACT IS WEAKNESS, EASY TO DO WHERE AS AN ACTION NEEDED A CERTAIN WILLINGNESS,PERSISTENCY AND AWARENESS).
-Person is exhausting more energy on daily basis without any attention of working on the creation and sustenance of energy. The system needs a rejuvenation exercise to make up the lost energy (that should not be confused with exhausting further in the name of tagged way of merry making).
The key question of related to anger is whether it is a simple weakness or a disease.
Myth-most often anger is viewed as strength. It is actually an inability to find a calm solution of ongoing crisis.
-When a weak body or mental frames fail to act accordingly as a result it reacts in outburst, completely disrupting the wholeness of personality.
-Anger shows a shaken and frightened self.
- It is an indicator of weak physical and mental frame.
What does help?
Self help is the best help, to acknowledge the need to work on it is the first step.
-Acknowledge the need of some measures to help ourselves (meditation- during meditation working on the particular points or body organs where anger accumulates help).
- Every time get aware of the surge i.e. anger.
- Acknowledge that the poison is taking control of you (during anger certain fight and flight hormones are secreted that hamper the normal body functioning. Once secreted the hormones stays in blood stream for more than weeks thus hampering the normal body function on regular basis.).
-acknowledge the urgency to built up the lost energy (means are varied).learn not only way to create but sustain it positively.
- Self counseling does help, as calming anger is not about surrendering to situation. It is all about showing and acting on the disapproval to certain people, work and situation.
Here I would like to state one story taken out of Buddha life. When Buddha had been preaching about mind- management and virtues of simple living, there had a surge in his followers with every passing day. Some of the son’s of rich businessman had too joined him as his disciples and they started following the lives of simple means.
That angered the community of rich businessman and one of them came to him. He accused him of misleading the youths with non actions, like he had been leading his own life.
Buddha had listened all his accusation calmly and asked one question-“Parth suppose you had brought a gift for someone, but the person refused to receive the gift, so where the gift would stay now”.
The infuriated rich man replied –“ an inert mind like yours only couldn't comprehend the simple fact like this. When the person refused the gift then it would remain with the person who had brought it.”
Buddha replied the gift of anger you had brought for me but it had been refused by me. You came from such a far of place and tired yourself with that extent I was really sorry for that. The man became charmed with magical serenity of Buddha.
Buddha did not react. So he did not lose calmness. But he acted rightly.
He had the power to deny the gift. A power to chose, what was to be accepted or what was to be left untouched.
He had the power to create immunity to bad words (IMMUNITY TO BAD WORDS ONE OF THE BIGGEST STRENGTH OF THE SELF).
He did not chose to pick up the fallen arrows of bad words which were strewn all around him, and pricking himself to feel the pain, sustain it in memory for long and dwell in it on permanent basis. An exercise more often we chose to do.( WE DON'T ONLY REGISTER BAD MEMORIES ATTENTIVELY, BUT CHOSE TO DWELL IN IT ON PERMANENT BASIS).
- Dwelling in bad memories create enough bad hormones in body that hampers normal functioning of body system.(DON’T FORGET THE CHOICE TO FEEL THE PAIN IS MADE BY US THAT IS WHY WE ARE FEELING IT .INSTEAD OF THAT OUR CHOICE COULD HAVE BEEN TO CHANGE THE SITUATION AND WE WOULD HAVE WORKED ON THE TECHNIQUE).
Still acknowledging all these facts it is difficult to get rid of anger. It takes years of willingness, persistency and workout to acquire a wholesome personality.
Measures to control anger-
Meditation is a powerful means to calm the mind and refill the lost energy.
-Reiki too comes as powerful aid, as it is equip us with potent symbols which give beneficial results. Working on particular chakras which are related to emotional issues and different points of brains offers good result but persistency is required.
-According to Buddhist philosophy one has to incorporate calmness first in thought then only in action it will be reflected.
-Some japa of mantras also help.
Most importantly being a believer in wholeness of life, relationship and action works wonder. The bliss which comes out of wholeness of relationships, job done and life is unparalleled to anything else in this world. And we deserve the best, as we are ready to work for the best.
Posted by Arpana at 5:18 PM