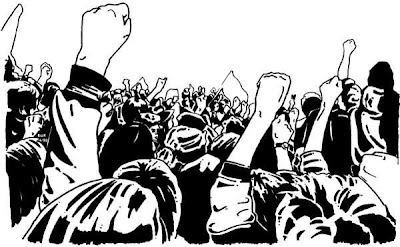 The memories of the recent spate of honor killings in north India seems to die hard. The sequels of these incidents are showing themselves as an epidemic. For intellectuals, as well as reformers or the proprietors of Indian tradition, this macabre killing cannot be taken as an expression of respect to our five thousand year-old history and culture. In every civilization and religion, some beneficial rules are made for the masses that don’t have the time or expertise to seek the truth and reason behind every action taken. This wisdom is used collectively to benefit the community.

Let us have a sensible look behind this forbidden custom. Why does our society abhor such an alliance? People of the same gotra or sub-caste individuals are those who belong to same family tree. Sexual relationships between the same gotra are considered as incest by the society. The scientific reason behind forbidding this custom is that the offspring of genetically related parents have increased chances of being affected by recessive or deleterious traits. This generally leads to decreased fitness of the population.

On the second level, natural selection too does not support the survival of the offspring having alleles of same type, as a result of which, any natural environmental stresses like unfavorable climatic conditions or epidemics can wipe out the species. This was a sensible decision taken by our sages to protect and create a strong and adaptable community supported by nature.

Now the question is, can the taboo of incest be so harsh that it can be justified by killing? How can any decision which harms its own people be justified? On the other hand, whatever is happening is the outcome of the transformation of society. Urbanization, migrations for jobs, women emancipation are the fast growing transformations which are blurring the lines of caste and gotra.

So is it not the society which in real encouraged all these changes for the fulfillment of their needs, which resulted in same gotra marriage? Then why blame or punish the young generation, if while fulfilling their way of living, they have gone too far and defied old age beneficial norms? The society can show its disapproval in better ways. And to check it further, it can educate the populace about the deleterious effect of same-gotra marriage on its offspring. But the deplorable act of premeditated homicide must be checked instantly, for it is giving birth to a criminal, inhuman society. Should a diabetic be killed if he eats sugar that is harmful for him?

Therefore despite of the scientific relevance of the negative effects on offspring, some patience and reason should be shown to the couples who defy it. We can help them to rule out any possibility of harmful effect instead.

In the name of saving customs, traditions and some possible genetic aberrations, we simply cannot afford to create a society of threatening criminals. We have taken pride in several acts of the vibrant youth; their rising intellect graph, their marks on several fronts of science and technology. If this intelligent generation can make their life and career, violence and harm to them in any way is one of the most barbaric, macabre and inexcusably inhuman acts.

The blunder of the act does not lie in those who go ahead with the decision to marry within the same gotra, which possibly could produce some less fit offspring. It lies instead, in the creation of criminal or self-patrolling custodians without the spirit of humanity.

It’s time to contemplate and decide which is more threatening to our society and which one should be eradicated first.
Posted by Arpana at 4:51 PM