A Call for a rage buster gadget 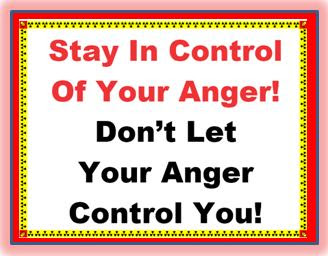 News that is the outcome of rage flashes in the national dailies with intermittent frequency. The intensity of gruesome acts that describe the incidents stirs the souls of many. The news haunts for days, seeking its remedy. Contemplation by experts and common people unanimously suggests a better, careful insight to handle the crisis. All these could have been evaded with a little aptly shown care while going through it. Timely concern and wise energy investment could have transformed the horrid and inhumane acts into something sensible and humane.

A young girl with her paramour, a karate teacher strangulated her aunt, as the latter objected to her intimacy with her karate teacher after sighting them in a compromising position. Little did the poor aunt know about the consequence.

The mess of suicidal acts by students or denizens stirs the conscious so often. Honor killing, another menace of rage is in addition of the list. Don’t these revolting news screams for remedy? Isn’t it sheer ignorance of the inner state?

Rage is an act of scared soul who lacks enough strength and a vision to deal with crises. Doesn’t the upsurge of rage-driven ghastly incidents in the society, call for immediate action on our side before being too late?

The act of improving is the norms of society which we all need at every stage of our lives. It helps us to grow and mend our ways for the better. But whenever the involved parties, either at the giver’s or receiver’s end do not perform it aptly, the system goes haywire. The strength here is the willingness on a mental level to acknowledge the mistakes, to work upon it and correct it.

“Rage is a mental state of extreme anger where one chose consciously to take action to immediately stop, the threatening behavior of another outside force”.

Simply an action taken in devilish urgency without afterthought of consequence, rage is always a complete recipe of disaster.

Rage is an accumulated emotion, which make its way in a weak mental and physical frame. To deal with any crisis, desired physical as well as at mental strength is always needed.

In our daily lives we do myriad things to promote our live styles. We do take enough care in enhancing our skills and our personalities for better earning and career, we do take care of our food and hygiene for health. We don’t mind investing a little extra on the stuff which guaranty us more security. Everything which exists outside, we are aware of and enough care is taken.

But the most powerful creator of action, the brain is left untamed and mismanaged customarily. As it is not prevalent in society no one has believe in managing it nor has fancy for it. Thus, horrid rage-driven acts so often raise their ugly heads in the society.

“Yet don’t we need a routine to strengthen the mind?” we must ask this pertinent question of ourselves.

Rage is an outcome of a fatigued self. The overwhelming fatigue of the mental state actually screams for help. Annoyance, irritation, anger, loss of temper on slightest provocations are the different faces of suppressed rage that are usually left untended by people.

Therefore the epicenter of every action, the brain, must be provided with its basic need of revitalization. The method and techniques are varied in our diverse country, only a little will is needed to put it in action.

Find your rage buster gadget with care; otherwise it could deplete you further.